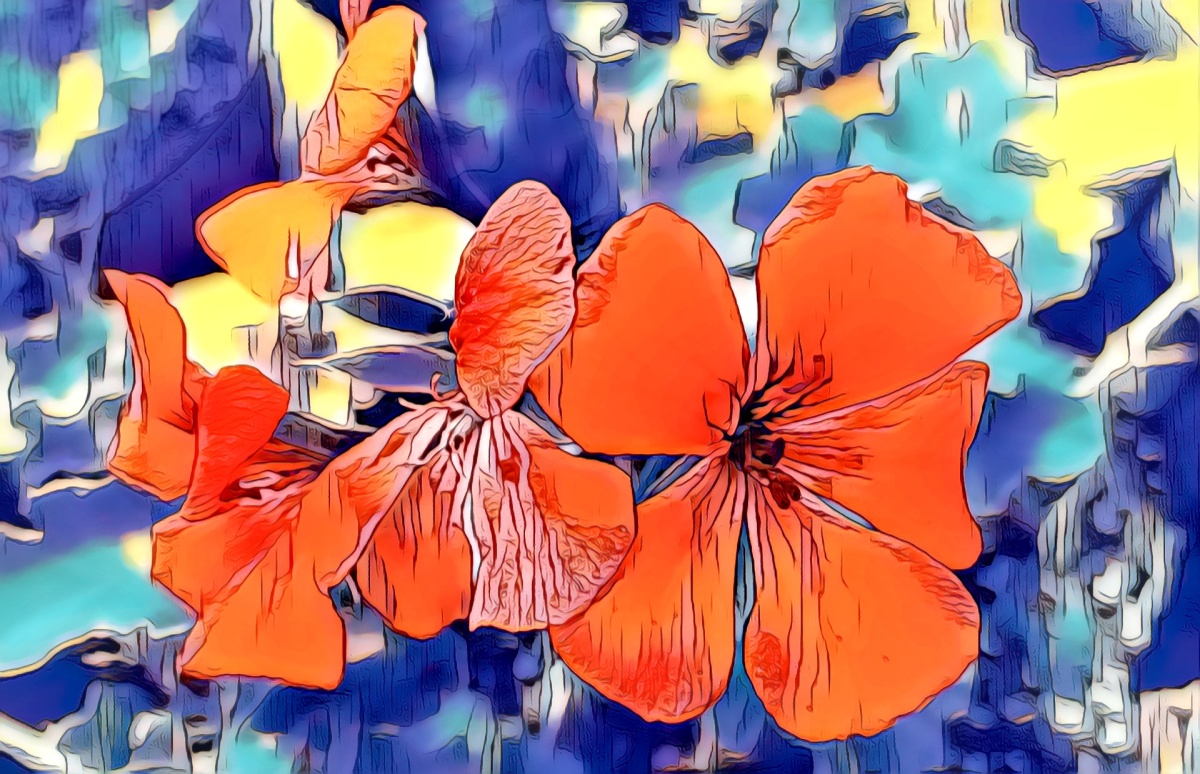 Mere color, unspoiled by meaning, and unallied with definite form, can speak to the soul in a thousand different ways. Oscar Wilde

Would you believe that today marks exactly two years for me here on the blog? Another week and I’ll also reach two years and seven months sober. Praise God for that! Time flies when you’re busy making plans, that’s for sure.

Speaking of making plans, I had an epiphany recently. One of the students in my English class mentioned something about changing how society views a certain subject. I can’t remember what it was she was referring to, but that’s not really the point anyway—it’s what happened after. Grinning, our professor reminded the class that they were young, and that they had their whole lives ahead of them to change the world.

At first, I felt a little sad. There I sat, surrounded by teens and young adults—the oldest probably 26 years old—and I was… well… somewhere in my fifties. Somehow his words just struck me. It’s not often that I get discouraged, but the realization that I’m getting a really late start on a few things kicks in every now and then, and this was definitely one of those times.

A few days later, as the professor’s words drifted in and out of my head, I felt a little envious of those fortunate souls who “have their whole lives ahead of them.” That’s when I had the epiphany—or maybe it was that small, still voice that speaks to my heart—and I realized that no matter which way you look at it…

…I have my whole life ahead of me too!

We all do!
—Stay encouraged—

It’s never too late to be what you might have been.