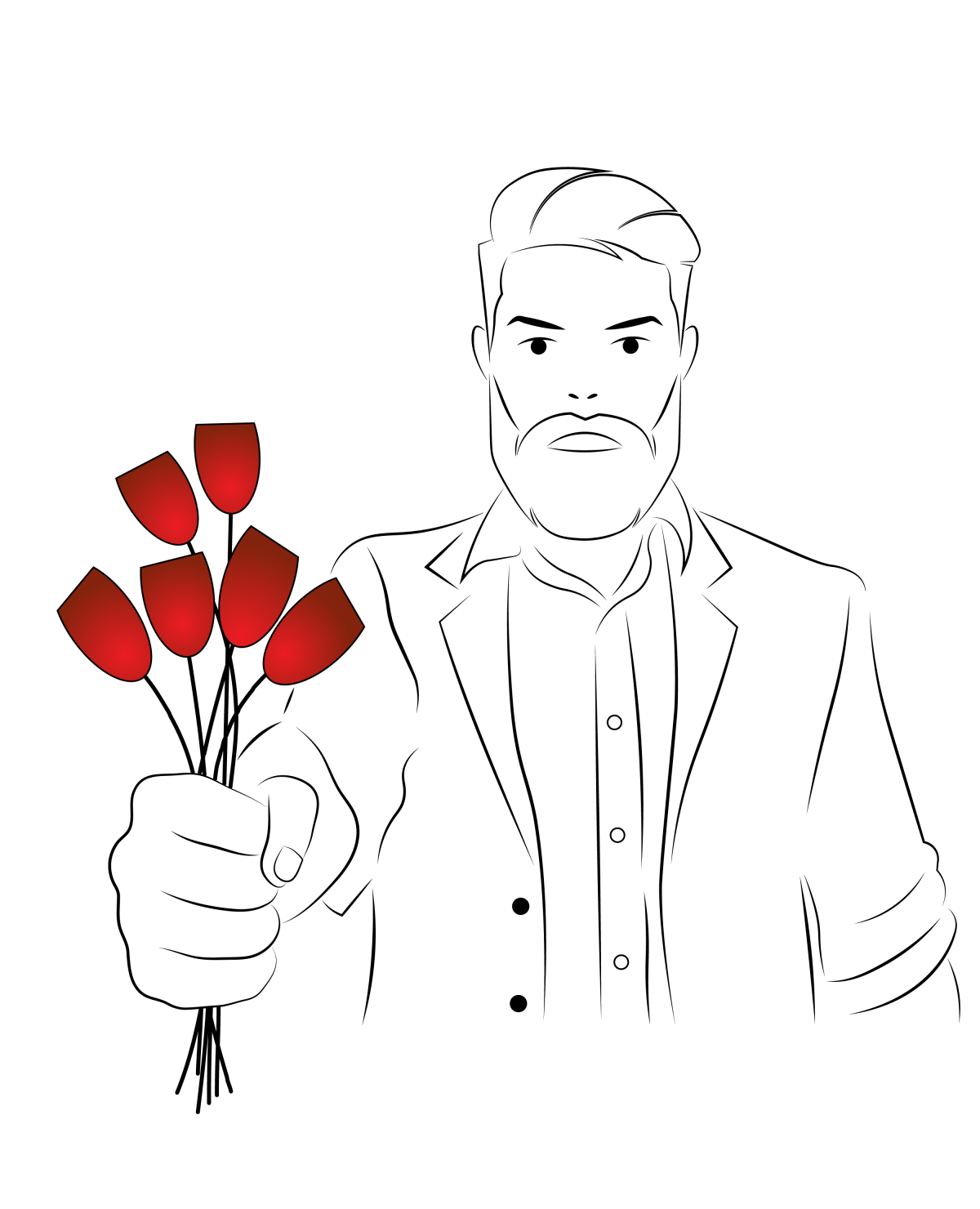 As Mrs. Moonie stormed out of Scarlett’s hotel, she was in such a tizzy that she bumped into an older gentleman who was coming in the door at the same time – nearly knocking him over.

The staff rushed over to attend to him, making sure that he was alright, and Mrs. Moonie was incredibly insulted over their actions. She always insisted on being the center of attention, and everyone was so busy fussing over this man that they completely ignored her presence.

The gentleman’s name was Harris, and he was well known in Hollywood. Apparently he was a famous movie producer, some bigwig, but as far as Mrs. Moonie was concerned he was just another puppet in her act.

Many people in town referred to Harris as “the chauvinist.” He did believe that he was superior, but not just to women – to everyone. He dated many of the women he had worked with, and he treated them quite well as long as they played by his rules – which meant that they never slept around, and never complained when he was out carousing and cheating on them.

In a sense, you could say that Mrs. Moonie had finally met her match, but she had no idea who this man was or what he was capable of. Harris had far more money and power than she had ever dreamed of, and – like her – he knew how to get what he wanted.

In all of the chaos, Mrs. Moonie had dropped the roses that she was bringing to the concierge. Once Harris had assured everyone that he was fine, and the hotel staff had dispersed to go about their business as usual, Harris gathered the flowers and handed them to her.

Then, somewhat surprisingly, Harris apologized for the scene that the staff had made, and he asked Mrs. Moonie if she was alright.

Harris laughed to himself, finding her impoliteness quite amusing, and then he asked her if he could give her a ride somewhere.

He put his hand on her shoulder, guiding her toward the hotel exit, and then – in his normal fashion – Harris smiled, and said…

I thought I’d call this one The Interlude because – for the time being – it appears that Harris may keep Mrs. Moonie too preoccupied to continue harassing Scarlett, so it’s intermission time.

Plus, I have a new story that I’m excited to start, so I may come back to this later… after my own little interlude. We’ll see.

I think I was just excited to try doing this man illustration. What exactly does a male chauvinist look like? I’m not sure I could say, but I thought this fellow might do.

Maybe we can just assume that Mrs. Moonie is going to forget all about Scarlett by the time she’s finished with Harris – or Harris is finished with her.

I guess that’s about all for now. I’m really jazzed about the next story because it’s something I was thinking about when I took (but then dropped) my screenwriting class. I had it in my mind as movie scenes, so making it into a short story will be interesting, and I think it’s a great story – if it can be told right.

That’s about all for now. As always, thank you for reading.

I hope you enjoyed!

“Every relationship is fundamentally a power struggle, and the individual in power is whoever likes the other person less.”

I just thought that this quote was appropriate for the tale of Mrs. Moonie and Harris.